From Thoreau's Journal - The telegraph 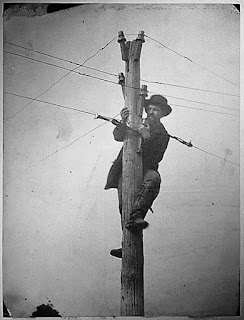 168 years ago, Henry David Thoreau wrote these notes in his diary.

"The telegraph harp sounds strongly to-day, in the midst of the rain. I put my ear to the trees and I hear it working terribly within, and anon it swells into a clear tone, which seems to concentrate in the core of the tree, for all the sound seems to proceed from the wood. It is as if you had entered some world-famous cathedral, resounding to some vast organ. The fibres of all things have their tension, and are strained like the strings of a lyre. I feel the very ground tremble under my feet as I stand near the post. This wire vibrates with great power, as if it would strain and rend the wood. What an awful and fateful music it must be to the worms in the wood... such vibrating music would thrill them to death."

NOTE: The "magnetic telegraph had just come to Concord; the telegraph lines now connected Concord with the rest of the world.

While Thoreau himself was not terribly impressed with the new invention ("We are in great haste to construct a magnetic telegraph from Maine to Texas; but Maine and Texas, it may be, have nothing important to communicate?") he did find it useful as his "harp", saying in his Journal, "Thus I make my own use of the telegraph" and that it "brought fairer news than the journals ever bring." 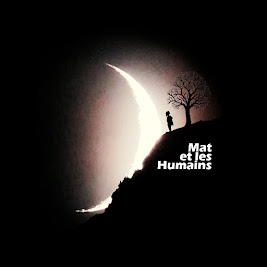